Days of the Week in Uzbek 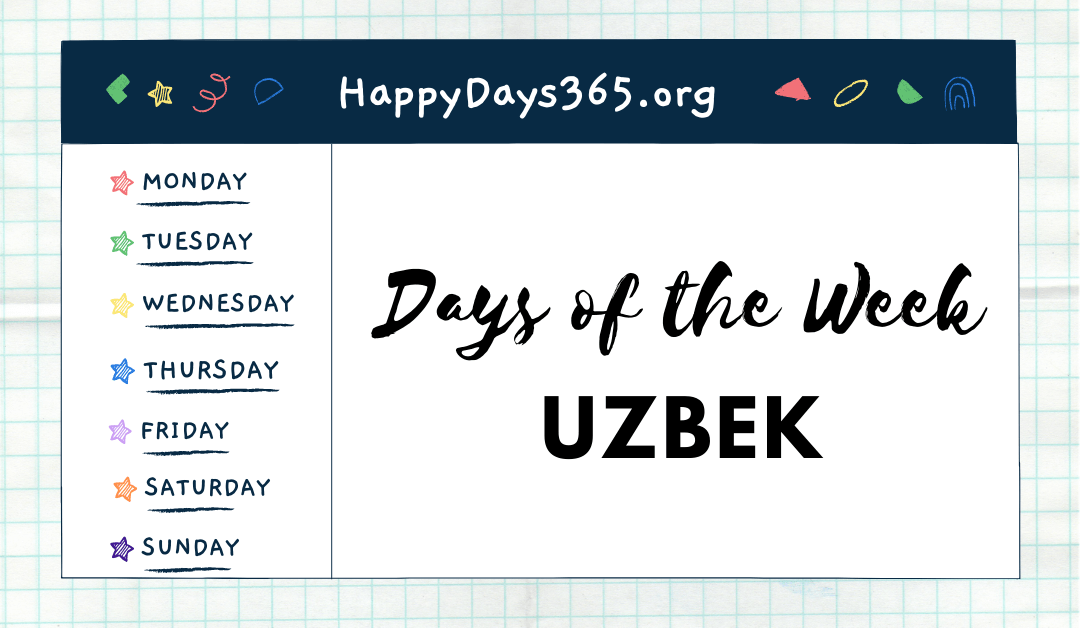 Uzbek is the official language in countries like Uzbekistan, which has over 34 million speakers worldwide. It comes under the language family of Turkic. If you are an adventurer and going on an adventure to several countries like Uzbekistan, it is best to know about the language, culture, and tradition. The language spoken in Uzbekistan is known as Uzbek, and it is not as similar as the English language. The language has been influenced by some external languages like Arabic, Persian, and Russian. Unlike other Turkic languages, vowel harmony is entirely lost in Standard Uzbek. In the upcoming article, let’s see how to say and write days of the week in the Uzbek language.

How to Say English Days of Week in Uzbek

It is simple to speak and write the Uzbek language and here is the weekly table translated into Uzbek.