Days of the Week in Tibetan 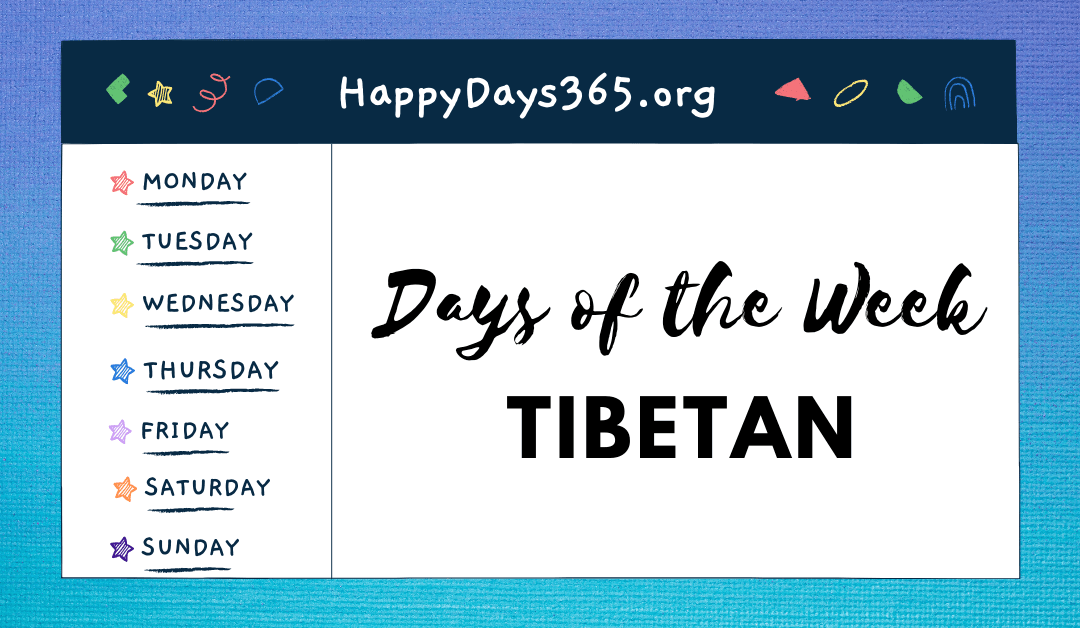 Tibetan is the official language in countries like China’s Tibet Autonomous Region and Nepal’s upper Mustang. Lhasa Tibetan is one of the popular dialects spoken by educated Lhasa people and it has over 1.2 million native speakers across the globe. The language is similar to that of Chinese but far more different from English. The early form of the language is called Old Tibetian. Apart from these, the language has two writing systems: Tibetan script and Tibetan Braille. Also, Lhasa Tibetan has a variety of language registers like Phal-skad (demotic language), Zhe-sa (polite respectful speech), and Chos-skad (religious {or book} language). In the upcoming article, let’s see how to say Days of the week in Tibetan.

In Tibetan, the word day is called Za. It is easy to understand and learn the language. So let’s see how to say days of the week in Tibetan.

How to Say English Days of the Week in Tibetan

It is simple to speak and write the Tibetan language and here is the weekly table translated into Tibetan.