Days of the Week in Tagalog 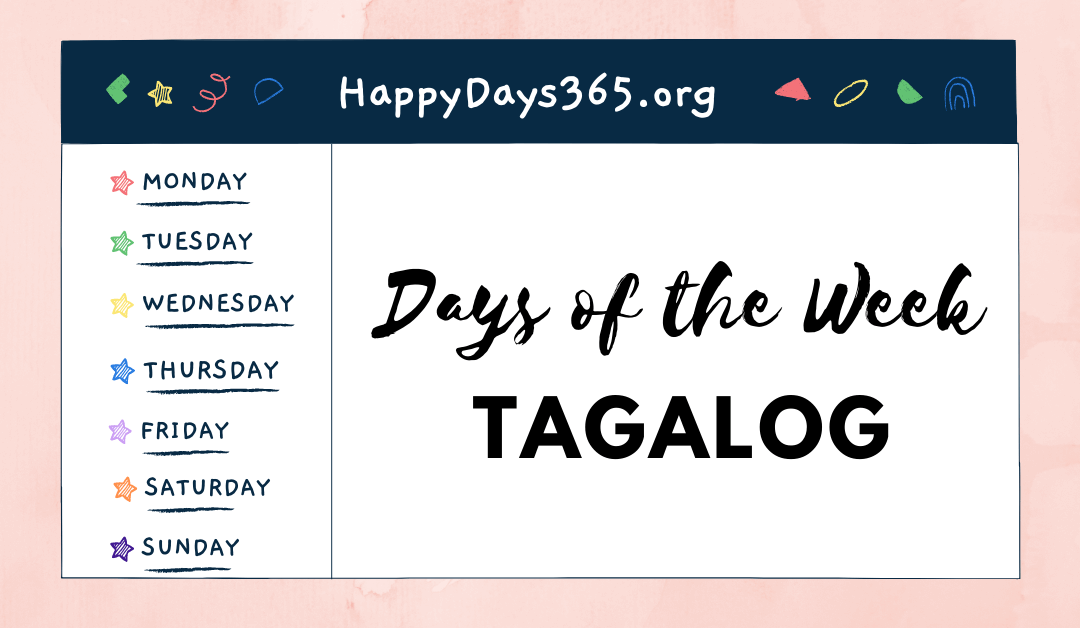 Tagalog is the official language of the Philippines with over 23 million native speakers all around the world. It is one of the Austronesian language and sound similar to that of Spanish. Between Tagalog and Spanish, there is a very minor difference in it. It is closely related to other Philippine languages like Bikol languages, Ilocano, the Visayan languages, Kapampangan, and Pangasinan, and other Austronesian languages like Formosan languages of Taiwan, Malay (Malaysian and Indonesian), Hawaiian, Māori, and Malagasy. The language is easy to read and understand by people who speak English, French, Portuguese, and particularly Spanish. So let’s see how to say Days of the week in Tagalog in the upcoming article.

Here are some of the minor differences you see in days of the week of Spanish and Tagalog.

Related: Months of the Year in Tagalog

How to Say English Days of Week in Tagalog

It is simple to speak and write the Tagalog language and here is the weekly table translated into Tagalog.