Days of the Week in Quechua 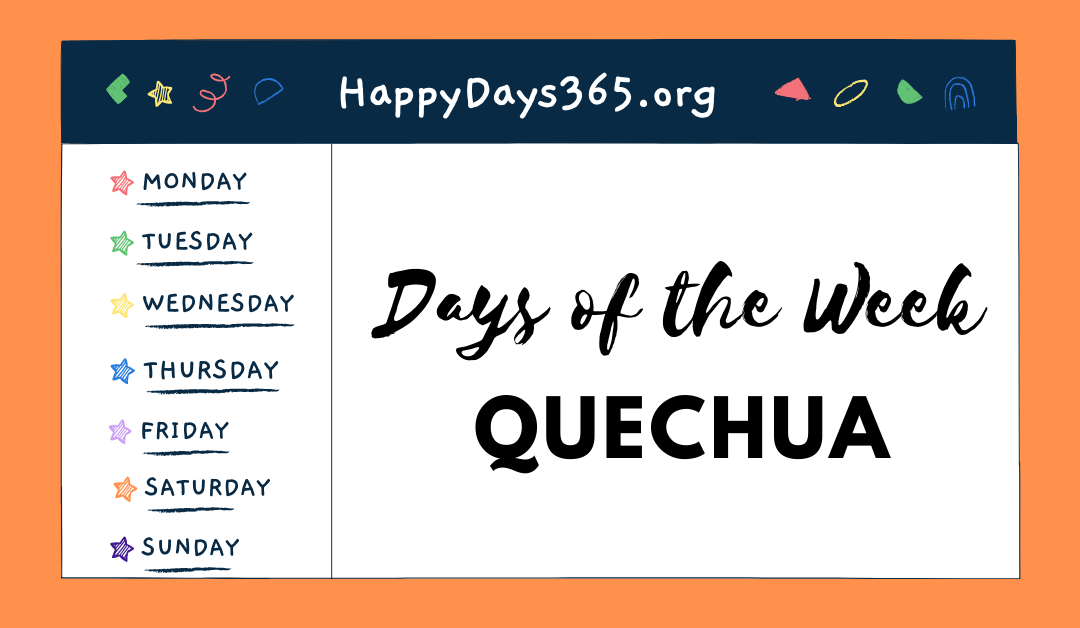 Quechua comes under the indigenous language family spoken by Quechua people. The people in local refer to the language as Runasimi. It is derived from a common ancestral language that is widely spoken in the pre-Columbian language family of Americans. The language has over 8 to 10 million native speakers all around the world. It is most popular spoken in several South American regions and has been recognized as a co-official language in regions like Argentina, Bolivia, Colombia, Ecuador, Peru, and Chile. In Peru, Quechua is the second most spoken language family. The language has lexical similarities with the Kunza, Leko, Mapudungun, Mochika, Uru-Chipaya, Zaparo, Arawak, Kandoshi, Muniche, Pukina, Pano, Barbakoa, Cholon-Hibito, Jaqi, Jivaro, and Kawapana language families. So let’s see how to say Days of the week in Quechua.

How to Say English Days of Week in Quechua

It is simple to speak and write the Quechua language. Here is the weekly table translated into Quechua.