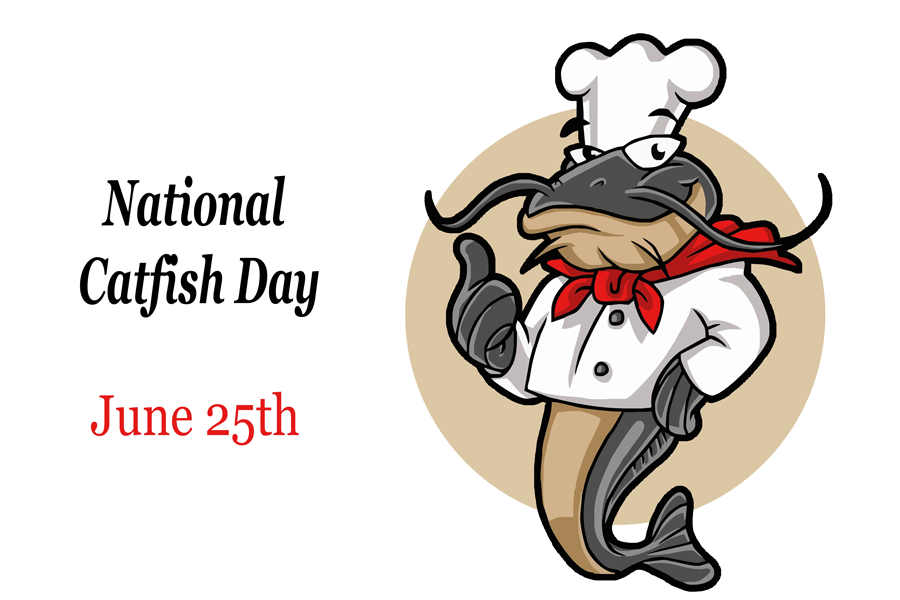 National Catfish Day is celebrated in the United States on June 25 of every year. National Catfish Day celebrates the value of farm-raised catfish. It is observed as an anniversary of President Reagan’s address about the importance of catfish to society as an income as well as food. Catfish is a delicious kind of fish that is usually made in Cajun-style cooking. The majority of catfish are caught from Mississippi, Arkansas, Alabama, and Louisiana. Traditionally catfish is made by frying the fish that is coated with various species. Catfish that are commonly sold in the market are farm-raised, and they belong to the species of channel fish and blue catfish. Catfish are nocturnal and contain a good amount of Vitamin D, minerals, a protein with low cholesterol.

“My husband calls me ‘catfish.’ He says I’m all mouth and no brains.” -Dolly Parton

In 1986, catfish was regarded as the third-highest volume of finned fish that were consumed in the United States. Almost 99% of catfish that were consumed were farm-raised. The demand and the production of farm-raised catfish increased by 1200 percent between 1975 and 1985, and it kept growing till 1987. The production cost of catfish reached a small amount of 65 cents which lead to stable income for the growers and an economical food source for the consumers. It also resulted in the creation of many permanent jobs. So to acknowledge the importance of farm-raised catfish, the Congress, by House Joint Resolution 178, designated June 25 as National Catfish Day in 1987. It was proclaimed by the President of the United States of America, Ronald Reagan. He also spoke about the pleasures in eating catfish and farmed catfish in particular.

National Catfish Day is observed by enjoying any one of the catfish dishes. It can make at home, or it can enjoy at a special restaurant for catfish. As this day observes the value of farm-raised catfish, it is best to buy more of them and invite some friends and family over to enjoy the delicacy made of catfish. You can also try many new recipes that are available on the internet. Post pictures and share your National Catfish Day celebrations on social media by using the hashtag #CatfishDay.

Thank you for reading the post. You can celebrate every day with Happydays365.org and Happy National Catfish Day 2021.