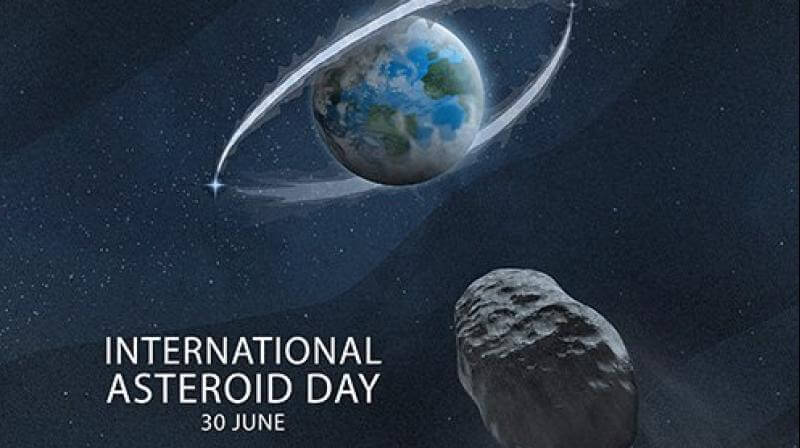 World Asteroid Day is celebrated on June 30 of every year. The day is an annual world awareness movement that brings people from around the world together to learn about asteroids and what we can do to protect our planet, our families, communities, and future generations. Asteroids are rocky leftovers from the creation of the solar system 4.6 billion years ago. They rotate around the Sun and sometimes they are called planetoids or minor planets. Asteroids are mainly comprised of minerals and rocks, while comets are made of ice and dust.

“Bringing an asteroid back to Earth? What’s that have to do with space exploration? If we were moving outward from there, and an asteroid is a good stopping point, then fine. But now it’s turned into a whole planetary defense exercise at the cost of our outward exploration.” – Buzz Aldrin

Brian May, guitarist of the rock band Queen and astrophysicist started working with Grigorij Richters, director of the film 51 Degrees North in February 2014, the story of a fictional asteroid impact on London and the human condition resulting from such an event. Brian May composed the music for that film. After screening the movie at the 2014 Starmus Festival, Richters and May co-founded World Asteroid Day in October 2014 which they formally declared during a press conference with Lord Martin Rees, Rusty Schweickart, Ed Lu, Thomas Jones, Ryan Watt, and Bill Nye. The event was then live-streamed from the Science Museum in London, the California Academy of Sciences, New York, and Sao Paulo.

The three primary goal of World Asteroid Day is to

Other Celebrations on June 30

June 30 is also celebrated as

Celebrating World Asteroid Day is quite easy. Learn more things about asteroids, their effects, and their prevention measures. Encourage people to use all available technologies to detect and track the nearby earth asteroids. Increase awareness among people about the asteroid hazards and our efforts to stop impacts. You can use the hashtag #WorldAsteroid Day to raise awareness on social media.

Thank you for reading the post. You can celebrate every day with Happydays365.org and Happy World Asteroid Day 2021.