by RajKumar | May 15, 2021 | Armed Forces Day, Important Days in May, International Days 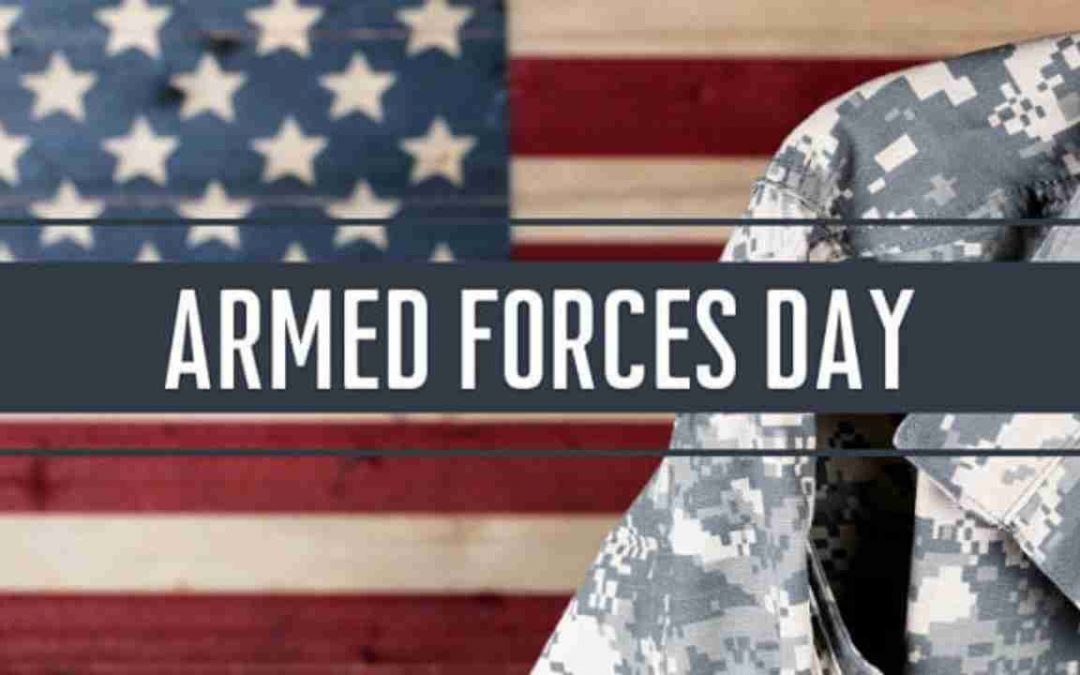 The Armed Forces Day was created on 31 August 1949 to honor the Americans who are serving in the five branches of U.S. military branches, the U.S. Army, U.S. Navy, U.S Marine Corps, U.S. Coast Guard, and U.S. Air Force. the day is intended to replace the individual Navy, Army, Marine Corps, Air Force and Coast Guard Days, but the separate days are still observed within the respective services. The first The day was first celebrated with parades, open houses, receptions and air shows. The United States longest continuously running the day parade was held in Bremerton, WA. In 2017, Bremerton observed the 69 anniversary of the the day Parade. Since National Guard and Reserve units have unique training schedules, they will celebrate the day in any one of the days of May.

Louis Johnson, the former secretary of United States Defense, declared the creation of Armed Forces Day on August 31, 1949. It was originated from the unification of the armed forces under a single department named “The Department of Defense.” Then the Army, Navy, and Air Force leagues adopted the newly formed day. The Marine Corps League refused to drop support for Marine Corps Day but supports Armed Force Day too. The theme for the first Armed Forces Day was “Teamed for Defense,” which indicates the unification of all military forces under one government department. The U.S. Department of Defense said that the day was created to expand the public understanding of what type of job was completed and the vital role of the military in civilian life. It is a day for the military to show “state-of-the-art” equipment to Americans. It was also a day to honor and admit Americans to the forces.

Themes of the day

Some of the past themes of Armed Force Day are listed below. Our research team couldn’t verify the years that these themes are associated with

Other Celebrations on May 15

May 15 is also celebrated as

Armed Forces Day will be celebrated in different ways across the United States. In some areas, there will be military parades or Armed forces-themed motorcycle rides. Also, there are many ceremonies, memorial services, and musical processions that will be held all over the country. In some parts of the country, air shows highlighting military jets and historic military planes can also be seen. Post pictures and share your day’s celebrations on social media like Facebook, Twitter, Instagram by using the hashtag #ArmedForcesDay.

Thank you for reading the post. You can celebrate every day with Happydays365.org and Happy Armed Forces Day 2021!